Guanahani was the name the natives gave to the island that Columbus called San Salvador when he first arrived at the Americas. Columbus reached the island on 12 October 1492, the first island he sighted and visited in the Americas.

Guanahani is one of the islands of the Lucayan archipelago in the Bahamas, but the exact island is a matter of some debate. The problem may never be resolved, as Columbus's original log book has been lost for centuries.

Guanahani can now be your virtual island in Second Life with 65.536sqm and 3.750 prims. Go and check it out here

(Winter Moon from the last post was sold)
Posted by Marina at 3:51 AM

Please use the list bellow to see our available properties, you can click to teleport directly in to Second Life. 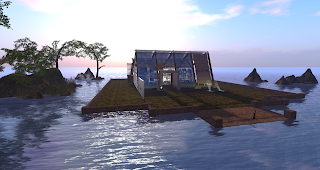 GlenXi Estates was established in 2006 by Marina Xi and Philip Glenbrook. A labor of love, we strive to produce the most beautiful properties in Second Life, and take personal pride in every detail of our work. We manage now 150 Islands where you will find the perfect place for your home or business. Contact us "in World"!

[9:21] Cobragold: We do and thank you also wanted to tell you that in sl your land is by far superior to anyone else and what they have to offer and Marina is always so helpful we always recommend you to our friends xx [12:20] R. Laval: Hellllooo Marina :) I just rented the corner piece of Meu Amor. Can I return the land vendor system or would you rather pick it up? I'm sure you prolly have the prims all alloted but if any extra are available I'd be interested. I'm glad to be back! You have the best land in SL, hands down. [9:39] Z. Raymaker: you have the best customer service of ANYONE I have met in 3 years of SL [9:40] Marina Xi: oh ty so much :-). Really! [2008/10/06 15:06] Z.R.: in the future...I know not when exactly, maybe a few months...I will want another sim close to me...its so nice to work with "Professionals"

Click to pay your tier fee. Your tier box will be credited within 24 hours.